Jung Seung: Promise Toward the Unpredictable

The realities in which we live today can be viewed as threefold. First, there is the reality that we experience physically, from a horizontal perspective suited to human scale. In this horizontal reality, humans experience the world as seen from a height of around 1.5 meters off the ground (if we consider the average human height of 170 cm). Seen from this perspective, the world’s indicators are perceived in two dimensions, and the relationship humans have with the world is determined by conditions of distance, speed, assembly, labor, hierarchy, organization, hygiene, and the like. The second reality is found at a different dimension from human scale. When it is either somewhat smaller or somewhat larger, this reality immediately falls into the scope of research we call the “natural sciences.” Expanded to very small or very large scales, this reality appears unrelated to the experiential reality of human society, substituted instead with something unfathomable. The public has gained more of an interest in and grasp of this reality with the development of popular science. The third reality is virtual reality, or reality reconstructed through information. Virtual reality is governed by the unique characteristics of the human being’s most pivotal organ – the brain. Information introduced through the sensory organs is treated by the brain as part of reality, based on its own inherent logic. So when that incoming information is very similar to the reality, or arranged in such a way as to take the place of reality, the brain treats it as part of reality, which may alter people’s judgments about the reality they perceive. We today belong to the first generation that acknowledges all three of these realities in empirical and epistemological terms. We are, in other words, the first to seek a consistent perspective and “unified field” of cognition toward different levels of reality.

This complex structure of reality serves as a foundation for Jung Seung’s work as an artist. Acknowledging the social, historical, and political conditions that surround us as human beings, Jung analyzes and interprets them in a way that focuses on the scientific perspective and the technical tools adopted in their representation. These days, we have been witness to the central way in which scientific fact and technological conditions are addressed when referencing the reality. Artificial intelligence is surpassing human capabilities in a multitude of areas, and it is already seen as more or less a given that the so-called “GNR” fields (genetic engineering, nanotechnology, and robotics) will fundamentally alter human identity. The mainstay technologies that have sustained societies since the 20th century – transportation, communications, and computing – are becoming increasingly automated, account-based, and adapted for big data. Human beings may represent but one process in a larger one of cosmic evolution. If the phenomenon of “life” that was once explained as a creation based on divine will is instead a mere “continuity of information” – a matter of one arrangement copying and cloning itself to recur within the flow of time – or a reversal domain of entropy resistance created through the accumulation of energy within the general irreversibility of thermodynamics, how might this scientific proposition be integrated into the systems of meaning and belief in our everyday life?

In his work, Jung Seung has attempted a kind of translation process, extracting growth data for plants and using a 3D printer to reconfigure them in three-dimensional form. Begun in 2016, his Living Sculpture Project has involved a search for ways of linking botany with physical computing. The artist’s own directed interpretations play a part in the process: according to Jung, the decision on whether to substitute data into the modeling program or directly into the printer’s mechanical signals is based wholly on his own imagination. These intuitive judgments offer an important clue to explain the project’s aesthetic aspects. As mentioned before, reality is ramified by constant choices and free will. This ramification coexists with the continuity of information – in other words, ramification affords continuity with opportunities. The questions we find ourselves asking about a future in which all things are predictable are concerned with the extent to which that allows for unpredictable ramifications. Jung’s work Prometheus’s String draws both from the myth of Prometheus, who provided humankind with its first technological innovation by imparting the means of controlling fire, and from superstring theory, a kind of unified field theory within physics. At the same time, Prometheus’s String also signifies a promise for the future, a world in which a broader horizon of knowledge will be permitted to us as humans. In Greek, the word “Prometheus” (Προμηθεύς) refers to a person who predicts the future; the similar-sounding French word pro-mettre means “to promise” and connotes a projection toward the future. For his initial work Prometheus’s String I (2017), Jung performed sensing six hours a day for a generation of kidney beans (a species with a short growth period), collecting data that were then fed into a specially produced 3D shape-generating program that translated them into three-dimensional shapes of differing forms from day to day. Pieced together in sequence, the resulting figures became a sculpture in string form, showing the metabolic progress over the passage of time.

To be sure, it is somewhat farfetched to equate super-string theory (which views the minimal physical units of the universe in terms of vibrating one-dimensional strings) with biological information theory (which views them in terms of mechanisms for the continuity of information in biological phenomena) and bio-information theory (which explains the exchange of information that takes place in the basic units of life). If an artist’s intervention is a matter of eliciting perceptions of the as-yet undefined words derived through juxtaposition, then there is no need to rule out the possibility of “mutual instruction” emerging through the linkages among information at different levels. On top of this, the artist has applied dramatic elements and political memories drawn from the horizontal reality. Prometheus’s String II and Prometheus’s String III are works in which he attempts to juxtapose references from the scientific stratum with facts from the political stratum by “grafting” actual plants on to sculptures in string form or drawing connections with the historical incidents of the Democracy Movement that took place in the South Korean city of Gwangju in May 1980. In a sense, the “string” may be a unit symbolizing a nexus between the system of meaning at the levels of micro- or macro-level reality, which is scientific and object but unexperienceable, and a system that is concrete and empirical but limited to an extremely human domain. For Prometheus’s String IV (2018), Jung’s source of information were species of plants, selected on the advice of South Korea’s National DMZ Native Botanical Garden as varieties capable of growing well in the North and South Korean climates. As a setting for the final installation, he chose Mulgae Station in North Korea’s Pyongsan County, a northern extension of the 58km straight-line distance between the initial Hanmi Gallery exhibition venue and Panmunjom. In these ways, he offered an interpretation that expanded the sense of the “string” between life and history and the “promise toward the future.”

For the final Prometheus’s String V, interactive video was used to introduce a stage of connecting virtual reality with pre-existing artwork. Two videos were used, one of them rendering passports from around the world into different particles that can be seen burning away with the movements of visitors. The second is designed so that existing artwork appears to extend infinitely off beyond the places where it touches the walls or floor. The dramatic effect here is heightened with the inclusion of performance. The incineration of passports as symbols of a historical and political world-view represents both a profound proactive act of resistance toward exclusion and discrimination based on national borders, as well as an attempt to the show the overarching conditions that they obscure. And the use of virtual reality to transcend physical limitations such as walls and floors comes across as a strong allusion to the extension of the world beyond the physical dimension that we experience from day to day. The question is how to interpret this juxtaposition of complex, multiple, independent layers.

Rather than remaining at the level of artistic and aesthetic narrative, it would appear that Jung now needs to expend greater efforts on technical solutions that would enable the juxtaposition, mutual instruction, and connection of the different dimensions. But this project faces an even more formidable challenge: it must also achieve consistency and creativity across the different domains, as well as validity and independence in its system of meanings. The current project is an integrated effort worthy of being accorded great importance in the fields of science/technology and industry as well as in theoretical terms. It would seem almost beyond the reach of any artist to achieve an intellectual, technological, and aesthetic grasp of every domain when attempting this sort of high-level integrated thinking. Yet can we merely describe the artist as “reckless” for tackling such a tremendous challenge? When Jung devises a solution for producing an endlessly extended sculpture through the development of a 3D printer capable of printing horizontally, when he strives to enhance the resolution of his interactive program by personally repositioning devices and improving the program – and, beyond these technical issues, when he seeks out the advice of experts on a broad range of information for the networking of different contexts and meanings – each of these processes and stages is generating aesthetic meaning at every moment. The important thing is that the scientists and politicians, the artists and members of the public are all experiencing a historic singularity, and that the artist is responding to this sea change by asking questions of himself and discovering solutions in a lone effort to improve that. I respect the significance of the Prometheus’s String project’s projection toward the future and its promise thereto. As important as the different realities are that we experience on a daily or indirect basis, so too is the commitment to defining them in terms of an integrated reality taking place within one world, and to reconfiguring them into a meaningful realities at their individual layers. I support artists. In confronting the reality as they approach it, their perspective is invaluable. 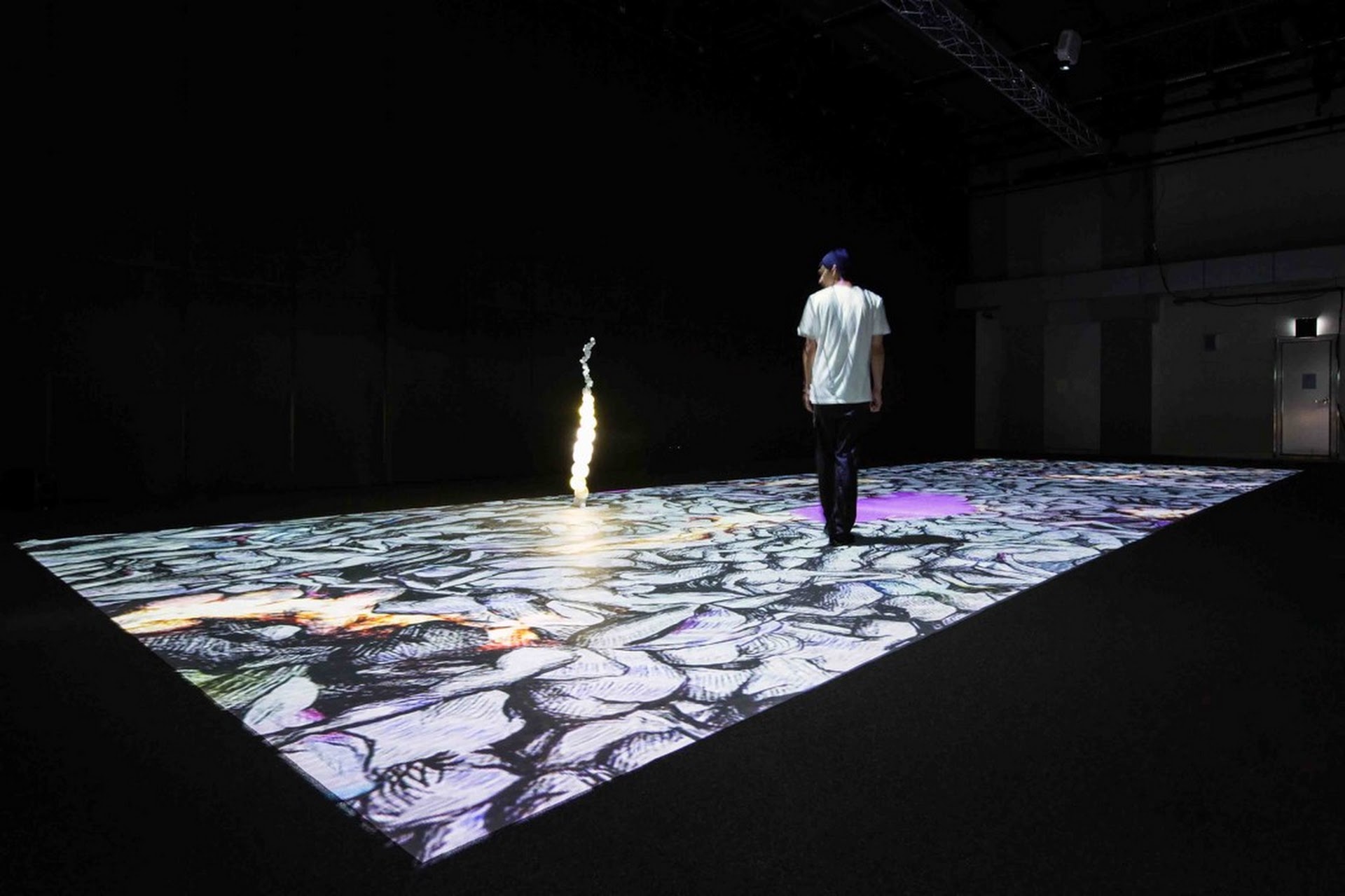 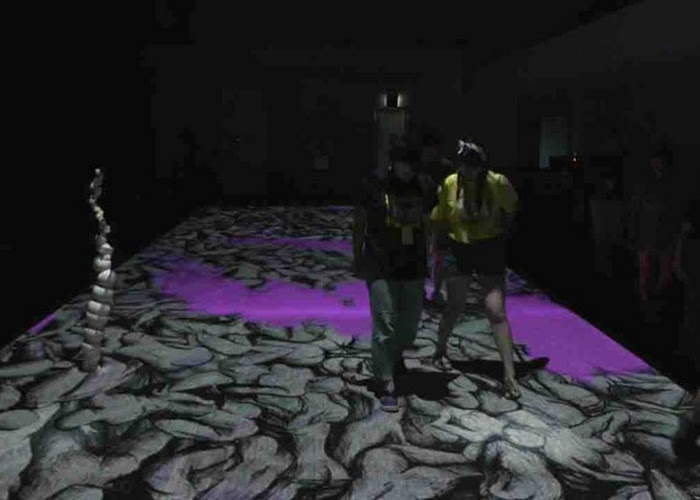 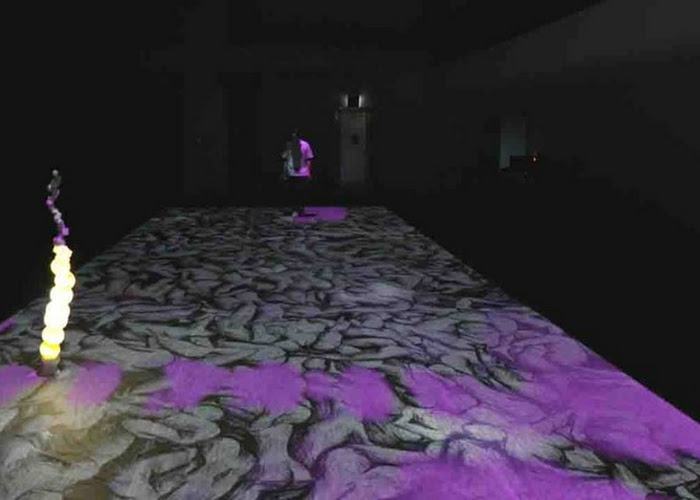 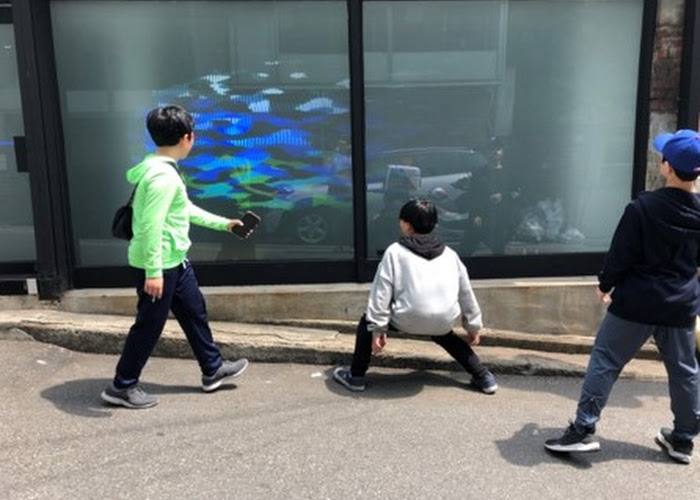 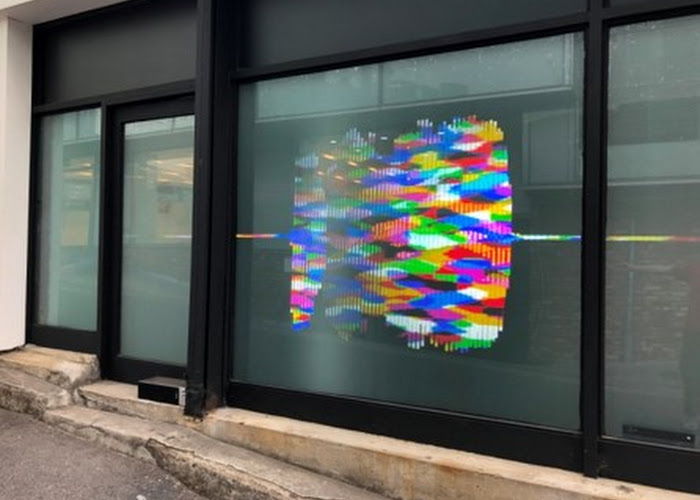 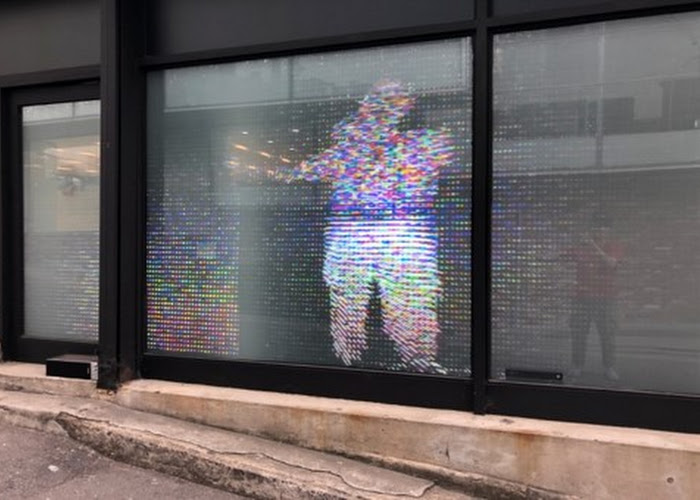